Hello and welcome to the fifth post in my email series chronicling my time in Dubai. These are all emails that were sent in October of 2016. Catch up with the rest of them here!

Alright, I need to get real with you about this. My excitement about going to a SEVEN STAR hotel was palpable. That’s two whole stars better than five! WHAT?! Insanity. But to understand this experience properly,  you need to know what went into making it happen.

After deciding we were going to do the Burj Khalifa, we absolutely could not do another minimum spend meal at the Burj Al Arab. That was not happening, since we actually do need food to survive. Bummer. The problem was, it isn’t the type of place you can just wander to. You have to have a reservation of some kind to even access the property. Talk about exclusive!

For everyone who doesn’t know, this hotel sits out on a man made island. It took them three years to secure the island before they even started construction on the hotel. Just dropped some Big Bus knowledge on you. You’re welcome. 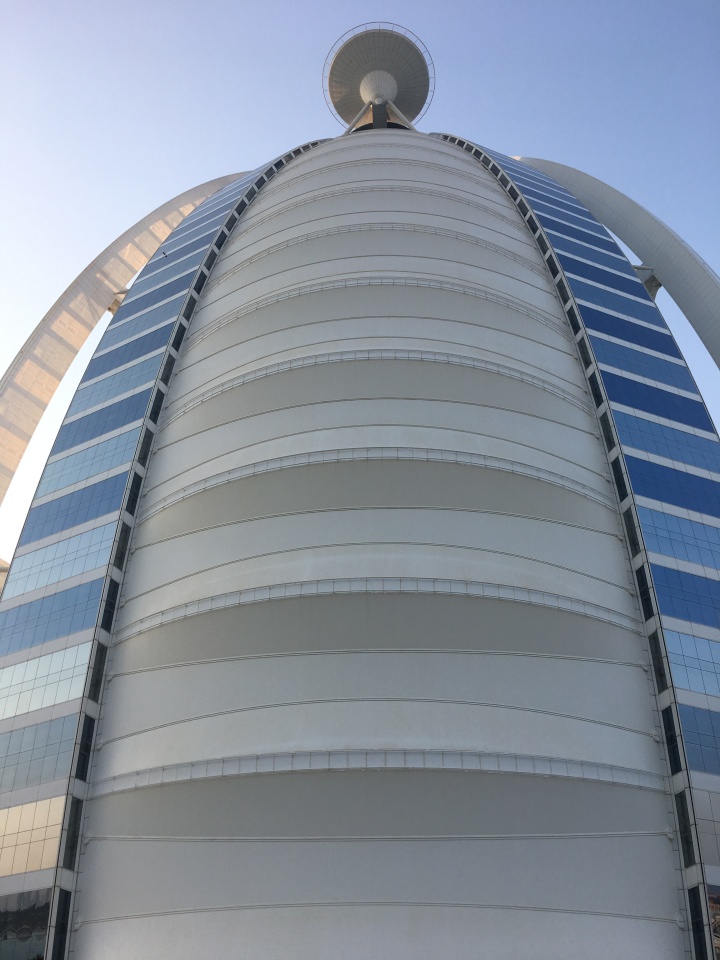 There are a few restaurants and bars in the hotel, but they all had this pesky minimum spend, of easily over $100. Again, not an option. Then one glorious afternoon I actually found a bar that did not require a minimum spend, just a reservation. Ummmm, hello, sign me up!

I requested a reservation (through the bars app) right away. A few weeks later we were confirmed for Gold on 27. Yessssss.

The day we went to our reservation, we spent the morning on the bus tour of the marina and did a boat tour as well. We hadn’t washed our hair, knowing we’d be sweating a ton anyway, and had hardly gotten ready. Of course we were running late getting back to the room, and didn’t have time to wash our hair. Gross I know. But with the traffic here being so iffy, we wanted plenty of time to get there. And also to take photos like paparazzi.

On the ride over I was petrified that our reservation hadn’t gone through and they were going to turn us away. Even though I had the confirmation. Our driver wasn’t even sure Gold on 27 was a thing and we had to tell him the Burj Al Arab at least three times. In hindsight, it was probably because of our gross hair. Actually the bar is new, having just opened in the spring, so that’s gotta be why he wasn’t sure. Yeah, yeah, that’s it!

As we pulled up to the gate, a porter came out and asked for our information. He said okay (YAY!!!!) and we proceeded up the drive. This was actually happening. When our driver stopped, we were greeted by the bellman and I hopped right out and totally forgot to pay. Oops. Obviously I paid.

Now we were there, out front, with all of the Rolls Royce cars. They were all white also. Very pretty. We went inside and asked where to go. Upstairs, down the hall to security. After finding out the bar didn’t open until the time of our reservation, we took full advantage of taking pictures like true tourists. 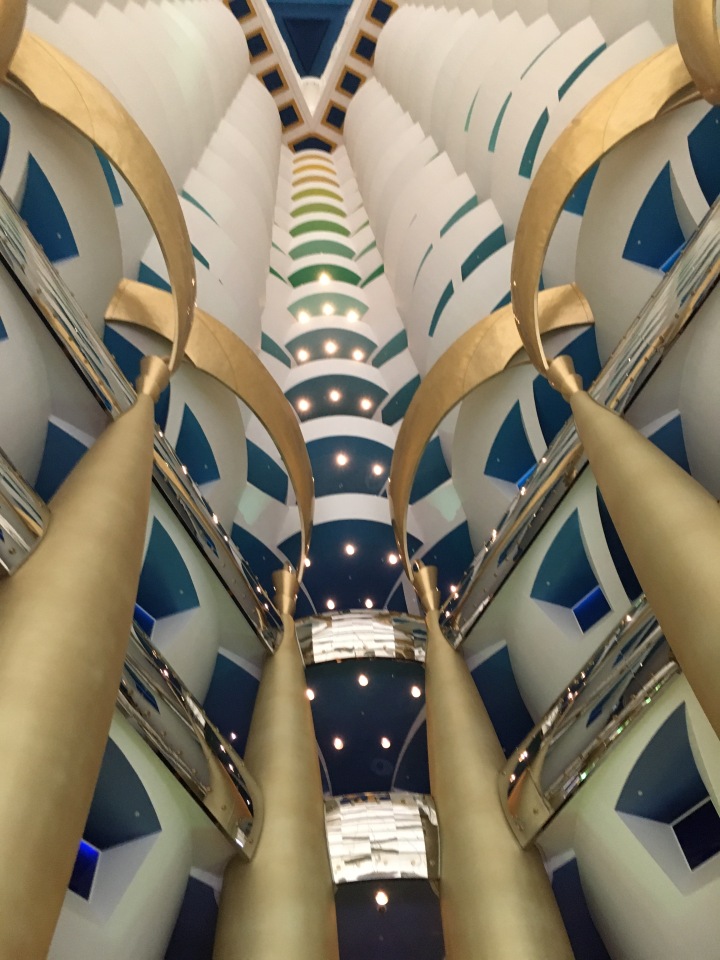 I have to say this. The hotel is beautiful and all the paint that is gold has actual gold in it, but I was kind of surprised it wasn’t more over the top. Again, one of the coolest hotels I’ve seen, but dare I say, it almost had a cruise ship vibe.

Once we made it to the lounge, we were seated by the window and choose our drinks. My friend decided to cause a scene and break her glass, spilling her drink all over the place. It was pretty awkward, but they quickly cleaned up and made her a brand new cocktail. 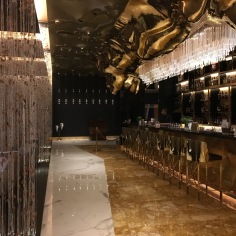 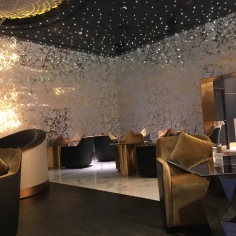 After we had our drink (yay no minimum spend!) we went to the bathroom before we left.I only bring this up because I want to move into the bathroom. EVERYTHING was gold. And the most beautiful shade of gold. I was, and still am, OBSESSED. It’s also quite possible we had a bathroom photo shoot as well…no we totally did. No one even caught us, though I wouldn’t have even cared if they had. That bathroom was amazing.

So you’re going to ask me which Burj I liked better? If I’m being honest, I liked the first one the best; Burj Khalifa. Bar on the 123rd floor. It was so cool. And the views were amazing. That being said, I’m extremely glad we did both. I would have felt cheated if we had only gone to one. Go us!

I’m also going to have to have a gold bathroom at some point. Seriously, obsessed.

Okay, enough fancy time, back to the real world…